“Great promises, but too few solutions. The inaugural speech against the backdrop of the electoral campaign, delivered by François Legault, constitutes a lack of vision on the part of the Prime Minister.” 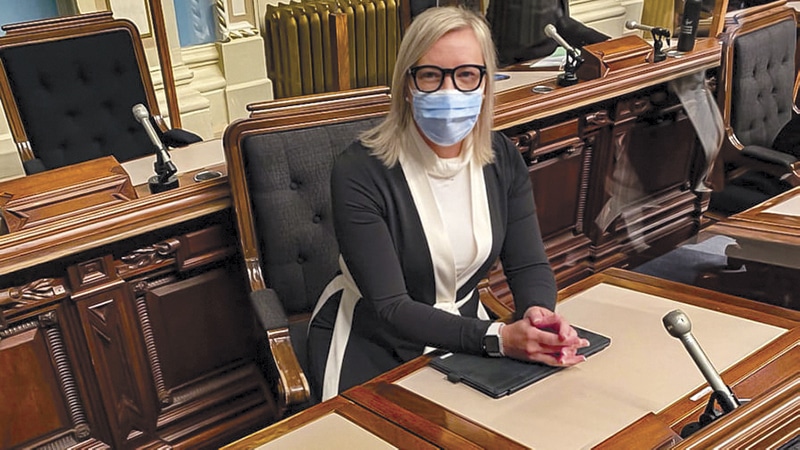 Member for Vaudreuil at the National Assembly, Marie-Claude Nichols is not impressed by the inaugural speech delivered by Prime Minister François Legault at the resumption of parliamentary proceedings. (Photo library)

It is in these terms that the Liberal MP for the riding of Vaudreuil, Marie-Claude Nichols, commented on François Legault’s address when parliamentary proceedings resumed at the National Assembly.

“The Prime Minister missed an opportunity to deliver a unifying and visionary speech for all Quebecers”, said the provincial deputy, who denounces the governance by decree of the Legault administration. “This speech not only launches the new parliamentary session, but also the election campaign”, adds Mrs. Nichols.

MP Nichols has trouble understanding the fact that few concrete solutions have been put on the table to resolve the issues that Quebec is facing.

“Yes, the Prime Minister spoke to us about health in his speech, but he forgot the most important element: the patients, our citizens. At no time did he mention the dramatic increase in the number of people waiting for a family doctor”, says Mrs. Nichols.

“In the county office, not a day goes by without receiving calls from citizens who have been waiting for surgeries for more than 18 months. With the retirements of several family doctors in the region, a few thousand citizens are at risk of finding themselves without a doctor by the end of the year”, describe the member before adding that she finds inconceivable that François Legault did not speak about the breakdowns of services which multiply in the hospitals.

The member for Vaudreuil believes that the government believes it can solve everything by distributing checks. “Working conditions are more than money”, said Marie-Claude Nichols.

Regarding access to affordable housing in good condition, the Liberal member points out that no measures have been announced.