Claude DeBellefeuille summarizes a short parliamentary session that announces a conflicting year 2022 between Ottawa and Quebec. 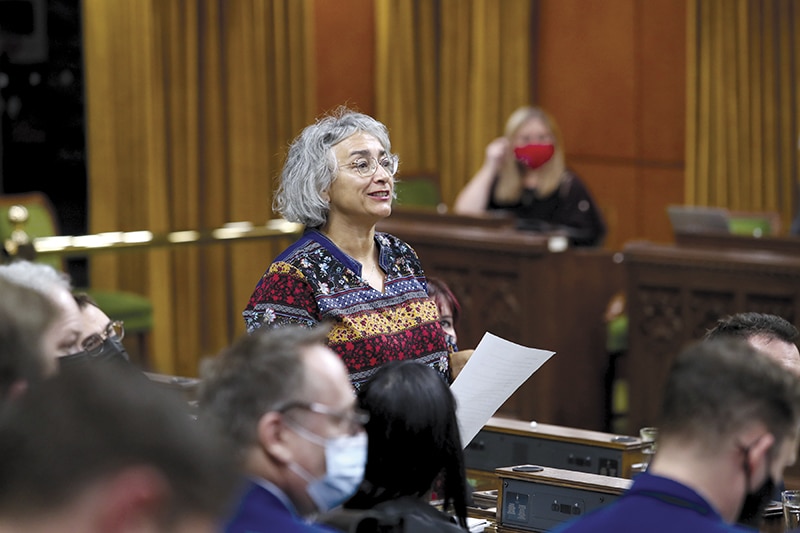 “After a very short session punctuated by an empty speech from the Throne and an economic update without a vision, the Bloc Québécois notes that there is more to be said about the conflicts that await Quebec in 2022 than about the parliamentary work that are already coming to an end. On the one hand, in its economic update, Ottawa triggers a conflict with Quebec and the provinces over the financing of healthcare. It is committed to not increase health transfers before 2027. On the other hand, the recent attacks against Bill 21 from all parties in Ottawa, but also from Canadian diplomacy, herald an imminent battle for English Canada against the secularism of the state in Quebec. The Bloc Québécois will also come back in force to side with Quebec in support of workers and users of the healthcare system, as well as in defense of the legitimate choices of the National Assembly”, said Mr. Blanchet.

For her part, Claude DeBellefeuille underlined that it is the party which has called upon the federal government on its border management. “The Bloc Québécois has led the battle against gun violence on behalf of Quebec and the greater Montreal region. We will push the federal government to act at the borders to counter the trafficking of illegal weapons so that they stop circulating in our streets. It is also the Bloc Québécois that has been the
most rigorous about the flaws in the sanitary measures at the border and at chemin Roxham.”

Despite the short fall session, the Bloc Québécois was able to do well, argued Mrs. DeBellefeuille. “The Bloc Québécois has done good things for hundreds of thousands of seniors and independent cultural workers in exchange for our support for Bill C-2 on the reform of federal support linked to the pandemic. It was the Bloc Québécois that drew attention to the genocide against the Uyghurs at the hands of China and that was at the forefront of the global movement to question the Beijing Olympics. We have also negotiated with all parties to create a committee on the situation in Afghanistan, which, thanks to the Bloc, will prioritize finding solutions for the Afghan people struggling with the Taliban rather than blaming them. Once again, we have acted with an open attitude to proposals to advance projects in the direction of Quebecers”, explained the Bloc member.

“The Bloc Québécois has been true to itself. We have promoted the priorities of the elderly, we have defended our values and our language and we have put the fight against climate change at the top of agenda. We demanded accountability on behalf of Quebec’s flagship economic sectors, including lumber. It is with this same constructive and successful attitude that we will continue to promote Quebec’s interests without compromise in Ottawa”, concluded the Member for Salaberry-Suroît.