By Mélanie Calvé13 July 2021 No Comments

History is told, written and painted. Artists have always contributed to the preservation and sharing of bits and pieces of the past. They immortalize the soul of people and places. Once again, Sophie Wilkins and Anik Favreau demonstrate the extent of their talent by presenting a historical and identity mural. 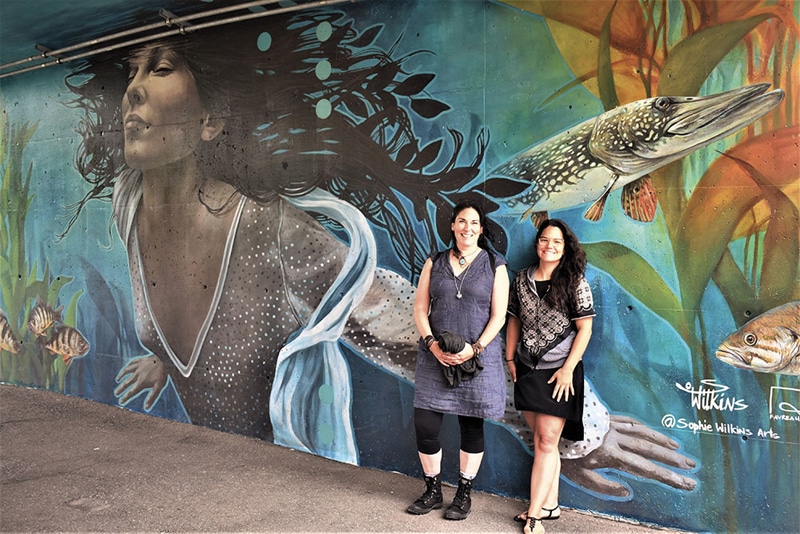 At the southern end of the Pont Saint-Louis, at the Halte des Villages in the Regional Park, stands a mural of transcendent beauty. Painted with the objective of enhancing the experience of users of the Beauharnois-Salaberry Regional Park, developing the region and giving art the importance it deserves. Artists and their art are a wealth for their community and therefore the RCM demonstrates the obvious desire to recognize their importance.

Thus, the mandate to create a mural recalling the identity of the territory was entrusted to two renowned artists. These strikingly realistic scenes required more than 250 hours of work for each of the young women.

Sophie Wilkins, explains that she wanted, through the swimmer, to express the serenity she feels when swimming in lac Saint-François, where she grew up. Thus, on one side of the structure, it is possible to admire a superb woman enjoying a moment of wholeness, underwater. No doubt, you find that the muse looks like the one who painted it, but the artist specifies that it is not her.

Fish, navigation, cycling, rurality, wildlife and the strength of a united community, are also themes that we find in the collective work of the two artists. Every element is spectacularly well executed, every reminder brings a smile.

About the two creators

This is not the first artwork for the two artists. In fact, Sophie Wilkins’ murals are known to be spectacular. In particular, the mural of École Secondaire Soulanges High School, painted in 2017, the one titled Parc d’exposition de 1910 à 1965 or the one painted in honour of Dr. Aimé Leduc. The artist, passionate about drawing since childhood, has been dedicated to her art since 2003.

For her part, Anik Favreau has been handling the design and realization of multiple projects, the production of objects in small series and painted murals for over 12 years. Her work can be admired across the province, in commercial settings or in restaurants.

Other artworks to come

Maude Laberge, mayor of Sainte-Martine and prefect of the RCM of Beauharnois-Salaberry, announced that this mural will certainly not be the last. 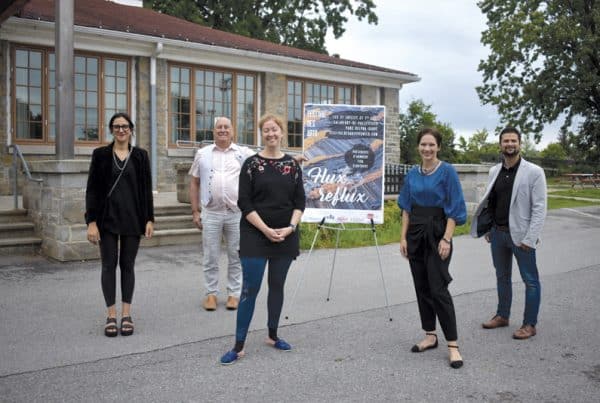 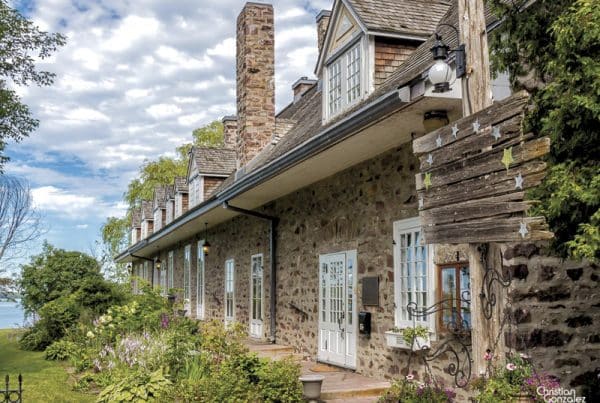 An exhibition on everyday life