It is a contact who wishes to remain anonymous who contacted The Southwest Voice to advise them of the situation. Thus, according to our source, only the towns and municipalities of Huntingdon, Saint-Anicet, Ormstown, Saint-Chrysostome and possibly Havelock would remain intact.

“According to rumours, Franklin, Howick and Très-Saint-Sacrement are to be added onto Ormstown. Godmanchester, Hinchinbrooke and Elgin would be merged into Huntingdon. Sainte-Barbe and Dundee would transfer to Sainte-Anicet. There is only Saint-Chrysostome and Havelock that seem to remain intact. It must be understood that these are the most remote municipalities of the Haut-Saint-Laurent RCM.”

The mayor of Ormstown, Christine McAleer confirms hearing merger rumors. “In our case, we are a central municipality of the Haut-Saint-Laurent RCM. It would therefore be surprising for Ormstown to merge with another municipality. It would be the reverse. Right now, we’re all hearing the rumour. But it remains a rumour. But, for such a thing to happen, there is possibly something fishy going on.”

Mrs. McAleer wants discussions to take place before the municipalities are faced with the facts. “I had another meeting with other elected officials this week. Everyone heard the rumour, but no one has received any documentation yet. If there is a merger, I also hope that citizens will be consulted. It would be a shame if they were presented with the facts without having been consulted.”

A mayor who also wishes to remain anonymous since no official decision has yet been taken explains that he understands the desire to merge the municipalities. “Seriously, it should have been done 20 years ago, said the chief magistrate. Currently, there are several municipalities that come together to offer services. It would be easier. However, there will always be municipalities that are more recalcitrant. Like everywhere else, there are also ego wars in the municipal world. But, you also have to look at the benefits. Citizens would have a lot more for the same price and there would be considerable savings because it can be expensive for a small municipality to absorb the costs of an administration on its own. Sometimes, it represents one of the biggest expenses of its annual budget.”

Asked about possible mergers, the prefect of the Haut-Saint-Laurent RCM and mayor of Sainte-Barbe, Louise Lebrun, indicates that this subject was brought up by a single elected official at a recent meeting of mayors.

“It was discussed for only a few seconds. I do not really know where this information comes from. However, there is nothing in our agenda to address that. If ever there were a merger, it wouldn’t just be here. It would have to be everywhere in Quebec and that would involve parliamentary committees and a lot of discussions”, concludes Mrs. Lebrun.

In order to have more information, VIVA MÉDIA tried to contact the office of the Member for Huntingdon Claire IsaBelle. However, at the time of going to press, no return calls had been made.

Covering an area of 1242 squares kilometres, the Haut-Saint-Laurent RCM has a population of 22,220 citizens. Interestingly, only Huntingdon has the title of town. All the others have either the designation of municipality, township or even parish. The population is distributed mainly in rural agricultural areas (67%), and in a lesser proportion (24%) in the areas of Huntingdon, Howick, Ormstown and Saint-Chrysostome, and in the resort area (9%), on the shores of lac Saint-Francois. 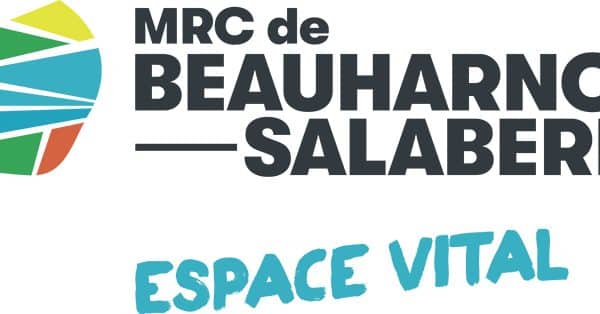