A driver was taken to hospital with life threatening injuries Monday morning after losing control of his car while traveling along Highway 40 east. Sûreté du Québec Sgt. Bruno Beaulieu, the Vaudreuil-Soulanges’ community relations officer, said a 34-year-old man from Vaudreuil-Dorion lost control of his vehicle at 6:15 a.m. on Aug. 31 while traveling on the eastbound side of the highway. “For some reason the man’s car left the highway hit a culvert and then flipped several times,” Beaulieu said. The car struck a light pole implanted along the grassy median after finally coming to a rest. The driver was first transported to hospital in Salaberry-de-Valleyfield and was later transferred to a hospital in Montreal due to the severity of his injuries. Police say they fear for his life. The westbound side of Highway 40 was closed for a period of time on Aug. 31. It was reopened at 9:45 a.m. The investigation into the cause of the accident is ongoing. Police do not suspect that drugs or alcohol were a factor. 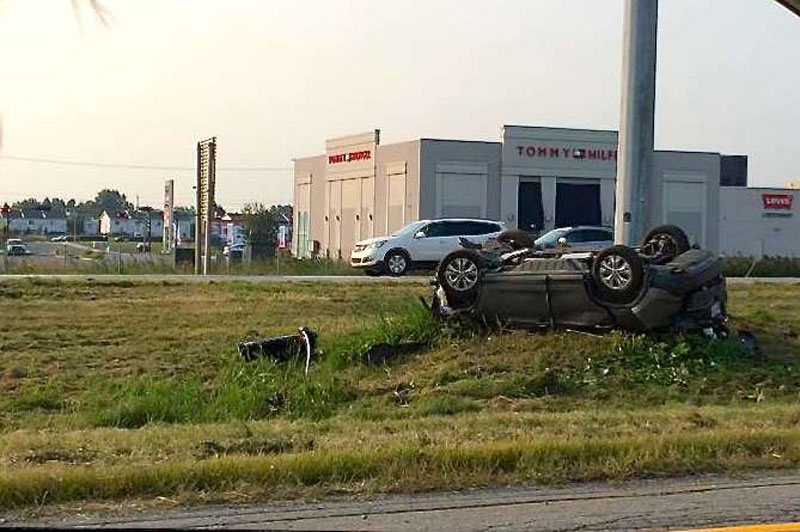 A 34-year-old Vaudreuil-Dorion man was transported to hospital Monday morning with what police believe are life threatening injuries after his car left the highway for an unknown reason. (Photo: Kristina Edson)