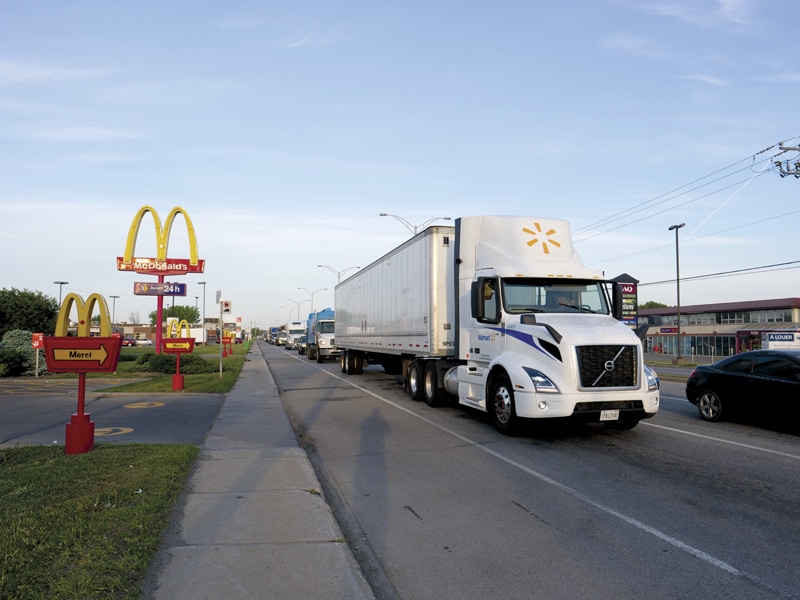 These measures will be adapted according to demand while the Île-aux-Tourtes Bridge is closed, between Vaudreuil-Dorion and Senneville. Centered on the free use of the Vaudreuil-Hudson train line (exo1), they will allow people affected by the closure to travel from their origin to their destination, all in a fluid and safe manner.

The Vaudreuil-Hudson line (exo1) will be free as long as the Île-aux-Tourtes Bridge is closed.

In order to avoid overloading and complications around the Park-and-ride facilities at the Hudson (47 spaces), Vaudreuil (593 spaces), Dorion (103 spaces), Pincourt (227 spaces) and L’Île-Perrot (271 spaces) stations, all the bus lines in the La Presqu’île sector, which is connected to all these stations, are operating with open doors.

A distribution of 2-pass tickets at Vaudreuil station and at the boarding point of the A-40 line in Pointe-Claire, will allow connection with the STM buses and metro to motorists who wish to complete their trips by public transport to the desired destination, then using the train back.

The Chrono mobile application provides everyone with a trip planner who can accompany them during their trips or before. Chrono is a simple tool, presenting in real time all public transport services in the Montreal metropolitan area.

Monday to Friday – Lines 7 John Abbott / Pointe-Claire, 10 and 91: These lines will be temporarily cancelled. Students of John Abbott College and users of the Macdonald terminus are invited to take the train to Sainte-Anne-de-Bellevue station, which is about a kilometer walk from their final destination.

Shuttle 910: In order to compensate for the cancellations of lines 7 John Abbott / Pointe-Claire, 10 and 91, a new shuttle will be set up and will serve the west of the island of Montreal, between the Pointe-Claire station and the Fairview Shopping Center in Pointe-Claire. Its route and timetables will be posted online as of May 21st .

Line 7, Dumberry shuttle: This shuttle usually ends its route at boulevard de la Cité-des-Jeunes, in front of Cage aux Sports. It will be extended to Vaudreuil station to allow connections with the exo1 Vaudreuil-Hudson train and other local lines.

Line A-40: The detour will be via Highway 30, then Highway 20. Trips will be temporarily cancelled in the morning and afternoon. We recommend that customers use the exo1 Vaudreuil-Hudson line instead and join the orange metro line at Vendôme station.

Lines 44 and 45: Delays could affect these lines.