On Thursday, December 3rd , the VIVA MÉDIA Grand Collection took place for the benefit of Moisson Sud-Ouest. The great generosity of the people of the region has raised more than $ 17,772.80. 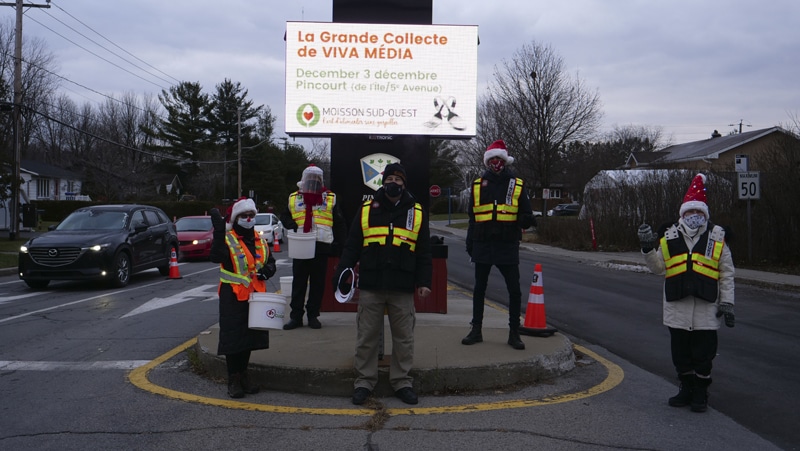 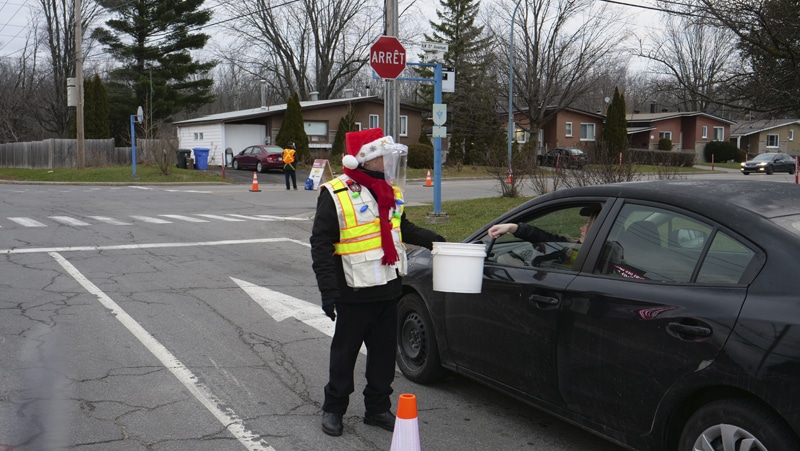 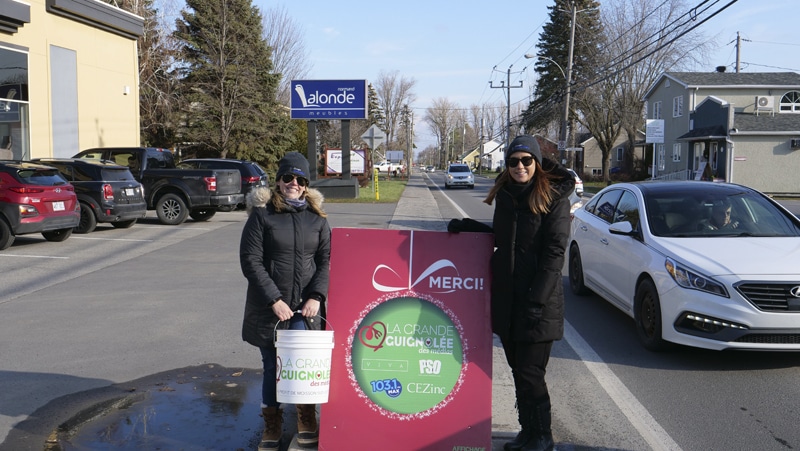 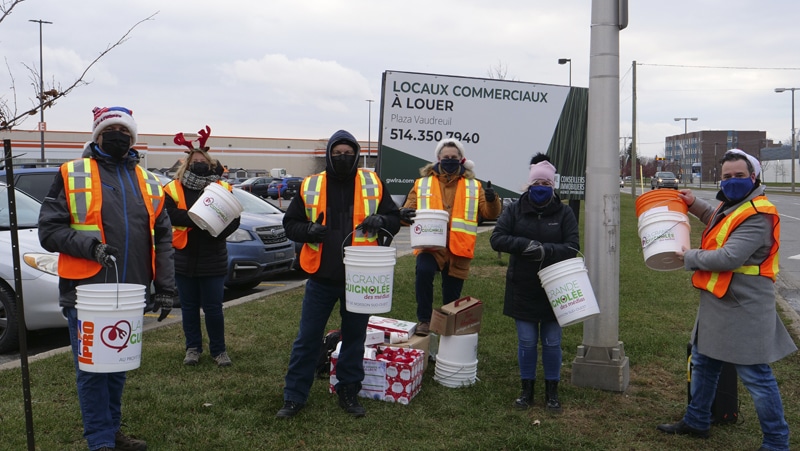 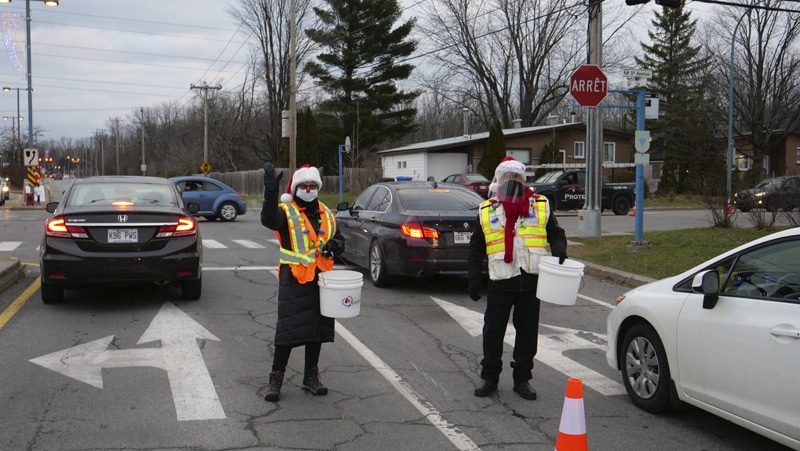 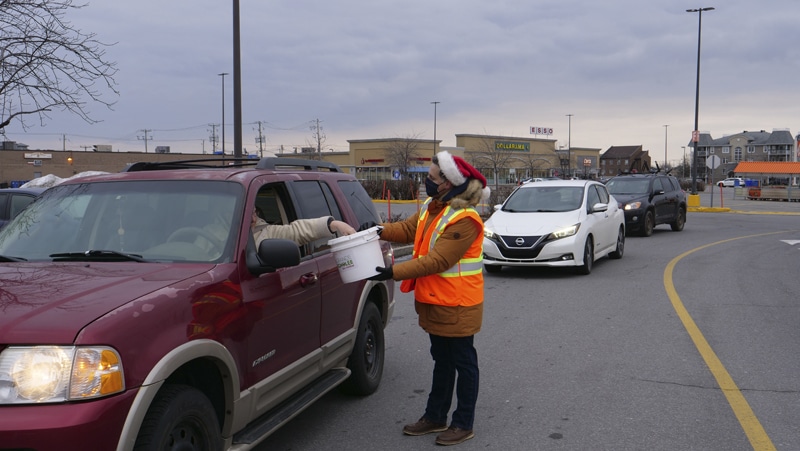 The event took place at four predetermined intersections in the Vaudreuil-Soulanges region. The volunteers were in Pincourt, in the Vaudreuil sector, in the Dorion sector and in Saint-Zotique.

A fundraiser out of the ordinary

With the context, additional security measures had to be put in place. Each volunteer was provided with a safety visor, mask and gloves. They were provided by the company Infografilm.

“You get used to the mask and the visor, explains Denise Bergeron, district 3 councillor in Pincourt. It was cold so that kept us warm while we collected the donations.”
Personal protective equipment did not dampen the enthusiasm of donors, according to Mathieu Miljours, Director General of the Vaudreuil-Soulanges Chamber of Commerce and Industry. He mentions that the population was generous.

Despite all these measures, the Grand Collection ran as it does every year. VIVA MÉDIA owner Marie-Andrée Prévost adds that this event runs like a well-oiled machine, as it has been taking place in the region for more than 10 years.

“The people at Moisson Sud-Ouest and I know who to contact to be the sector leader and who to select to count the money raised, explains Mrs. Prévost. Recruiting volunteers has been more challenging this year, however this is not our first rodeo. We rolled up our sleeves and set up this fundraiser.”

The volunteers were all pleasantly surprised by the generosity of the people. Peter Schiefke, MP for Vaudreuil-Soulanges says he felt like he was in an election campaign.

“I went from car to car collecting donations while greeting and thanking people, exclaims Mr. Schiefke. It must be more than 9 months since I had the opportunity to see and to talk with citizens. It did me a lot of good.”

Volunteers like Julie Legault and Sandra Parent were impressed with people’s generous response. “People are so generous this year, it warms my heart, says Julie Legault. Those who didn’t have the money would come back later in the day to donate. What a great event!”

The mayor of Pincourt, Yvan Cardinal, was smiling, he participated in the event since day one. He enjoyed the contact with his population.

“I had a lot of surprised faces when they saw me on a street corner at 7 am, says the mayor. People weren’t expecting to see me and they were all happy to be able to help the cause. I even managed to get a donation from a cyclist. I was pretty proud.”

Organizers happy with the generous response from donors

The organizers at Moisson Sud-Ouest and VIVA MÉDIA are happy with the turn of events.

“We raised over $ 17,000 for Moisson Sud-Ouest, exclaims Mrs. Prévost. This money will be used throughout the year by the organization to supplement the grocery baskets.”

The owner of VIVA MEDIA remains realistic, this is a big drop in donations compared to other years.

“The recruitment of volunteers was long and challenging, she says. Some companies that usually send employees are in trouble right now and could not help us.”

Mrs. Prévost invites companies that have had a good year despite the pandemic to be generous and to continue to give for a good cause. She encourages companies to donate $ 10 per employee to Moisson Sud-Ouest’s virtual campaign. Owners who wish to participate should contact Marie-Andrée Prévost to discuss the terms.

“Hunger is all year round, she says. The annual donation campaign is still ongoing and you can donate on our site at www.moissonsudouest.org.” 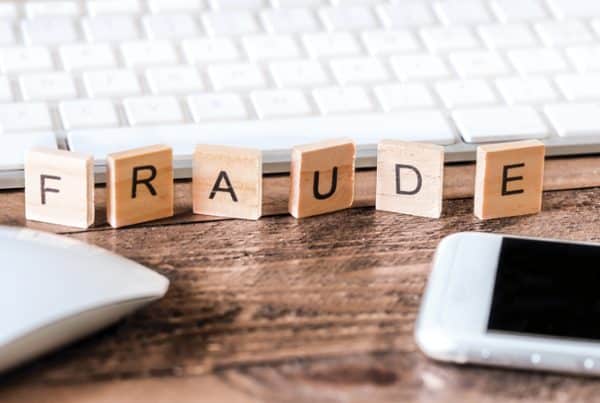 Fraudsters are clever, caution is in order! 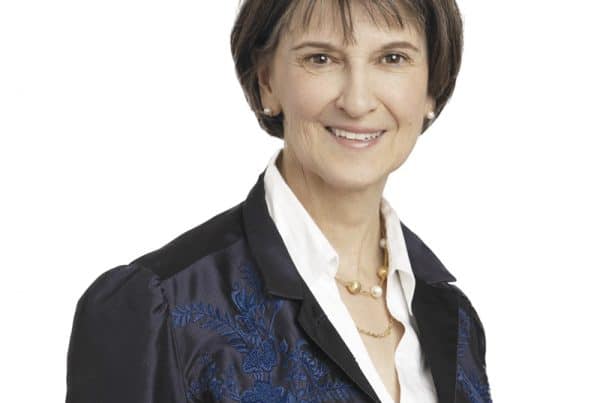 Recover and Revitalize Education for the COVID-19 Generation 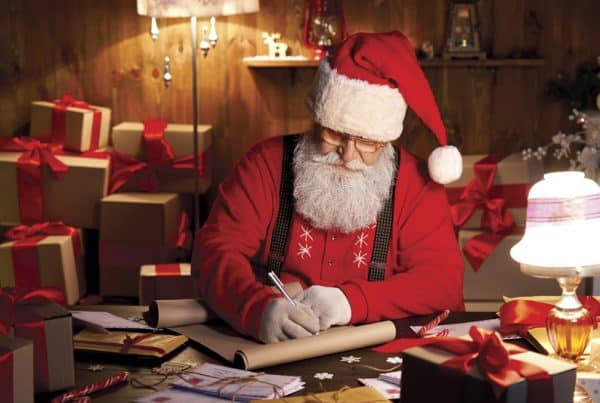 Santa says he’s ready and fit for his big tour