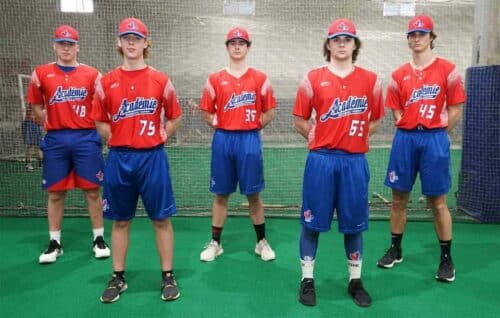 The 16-year-old from Valleyfield is one of the youngest players invited by Baseball Canada among the 36 candidates who are seeking a position on the national junior team. The 11-day camp runs until April 23rd .

Jérémy Pilon is one of the 6 Quebec prospects invited to the Ballpark of the Palm Beaches and the surrounding complex, the same place where the Houston Astros and the Washington Nationals develop their players. In addition to the pitcher from Salaberry-de-Valleyfield, there are Elliot Cadieux-Lanoue (Saint-Pie), Charles-Olivier Cyr (Saint-Jean-sur-Richelieu), Jimmy Dionne (Saint-Augustin-de-Desmaures), Joshua Jones (Blainville) and Deiten Lachance (Sherbrooke).

On the menu for Jérémy Pilon and the other Canadian baseball players: daily training, 6 games against the Astros and Nationals prospects, other games against the Fort Lauderdale Stars and a few intrasquad games. This is the first event in 2022 for the National Junior Team, which is preparing for the World Cup in September, in Sarasota and Bradenton, Florida.

Five of the six Quebecers invited to the spring training camp, including Jérémy Pilon, come from Académie du Baseball Canada (ABC). Last year, when the U18 World Cup was postponed, the player from Valleyfield was the youngest player invited to the national junior team camp in Ajax (Ontario) and he greatly impressed the coaching staff led by Greg Hamilton.