Art and the future hospital will become one

By Steve Sauvé10 June 2022No Comments

The more the weeks pass, the more the construction project of the Vaudreuil-Soulanges Hospital takes shape and art will be well and truly integrated into it, as demonstrated by the work La promesse de l’arbre : hommage aux bâtisseurs of the sculptor Marie-Eve G. Rabbath, unveiled in the presence of many guests on Friday, June 3 at Saint-Polycarpe. 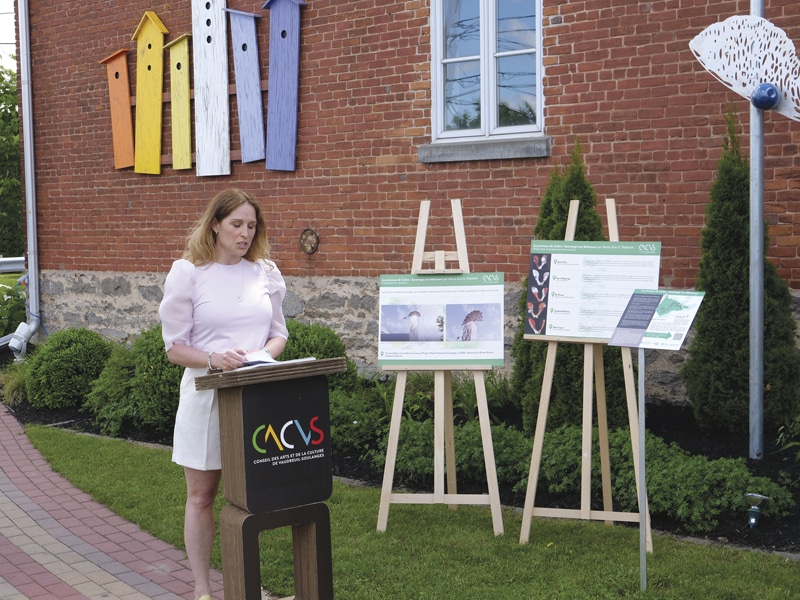 It was at the parc de l’Horloge, in the municipality of Saint-Polycarpe, that the work was unveiled to the many guests present. This is no coincidence. It was in this municipality that the former Minister of Health, Yves Bolduc, had broached the subject of possible construction of the Vaudreuil-Soulanges Hospital.

“Behind the hospital project, there are touching and remarkable human stories, says artist Marie-Êve G. Rabbath. In my creation, I wanted to transpose into matter these experiences, these feelings and this pride that is shared by the builders as the hospital project in Vaudreuil-Soulanges gets even closer to completion.”

The art will be present

Philippe Gribeauval, President and CEO of the CISSS de la Montérégie-Ouest, assures us that art is essential and that it has health benefits. During his speech, Mr. Gribeauval took advantage of the opportunity to congratulate Marie-Eve G. Rabbath for having been able to transpose the analogy of the samara and the tree to pay tribute to the builders. “I find it extraordinary that art and culture are not only being integrated into the architectural concept, design and layout of the future hospital, but it is also integrated in its constructions. This allows you to connect with the community now. This dimension is also one of the pillars of sustainable development, one of the core values ​​of the Vaudreuil-Soulanges Hospital project,” says Philippe Gribeauval.

The monolith is installed at the project office of the Vaudreuil-Soulanges hospital, located opposite the construction site of the future hospital center. The samaras were distributed over the territory of Vaudreuil-Soulanges, namely in Saint-Polycarpe, Saint-Clet, Saint-Lazare, Vaudreuil-Dorion and L’Île-Perrot. All the sites chosen form a tangible itinerary and trace the origins of the project that is now taking shape. They are accompanied by interpretation panels from which visitors can access video clips developed around the genesis of the hospital.

Speaking through her political attaché, MNA for Soulanges, Marilyne Picard says she is happy to see the health sector in harmony with the world of culture. “It is impressive how the stories of the builders who contributed to the advent of the hospital project inspired “La promesse de l’arbre”. Mrs. Rabbath’s work pays tribute to our community and expresses our regional pride. A magnificent project that shows us that art is unifying,” explains the MNA

The second call for projects for the integration of arts and culture into the hospital project has begun. Professional artists, collectives and artistic firms are invited to submit a proposal by July 13.

This time, the chosen theme, “De la conception à l’édification“, aims to salute the work of those who participate in the design of the hospital and its construction.

All information surrounding the second call for projects can be found on the Conseil des arts et de la culture de Vaudreuil-Soulanges website at artculturevs.ca. 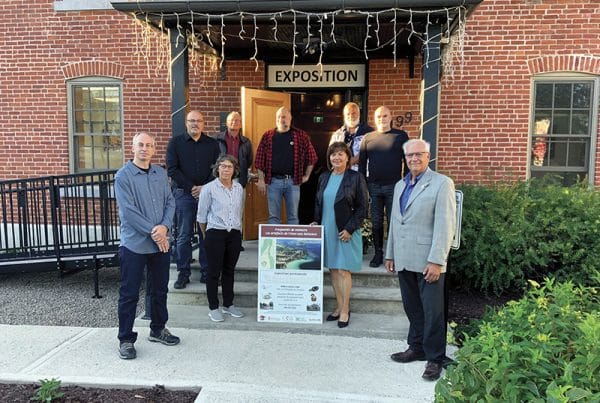 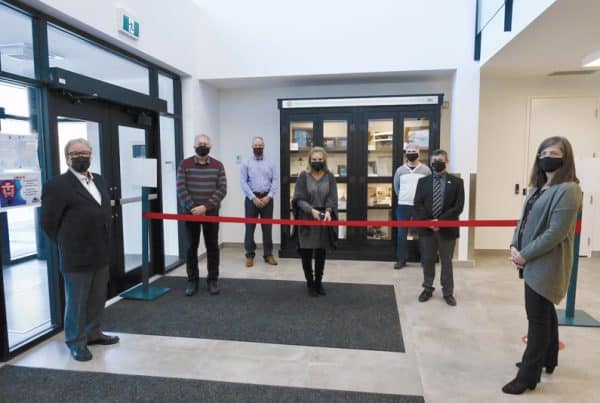 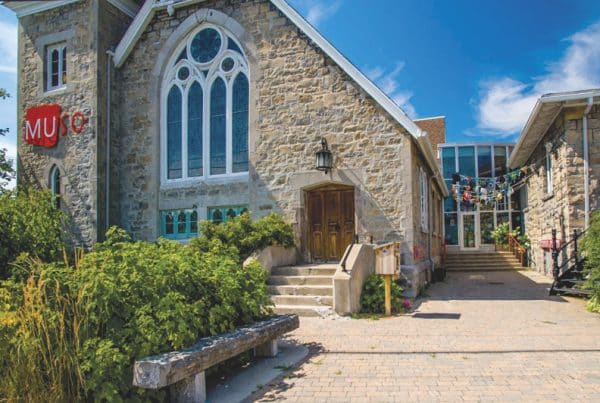