Sky Metcalfe, a name to remember

At just 15 years old, hopes are high in EnduroCross for Sky Metcalfe. The teenager is so talented that he has just signed a contract with a major motorcycle manufacturer headquartered in Europe.

It is behind the handlebars of a Sherco 125 SE Factury motocross, that Sky Metcalfe will face the tracks during the 2021 season. The teenager, who is only in his third season on the circuit of the Fédération des motocyclistes de sentiers du Québec is already attracting the attention of sponsors.

The world of motocross is familiar to Sky and his family. The student at Cité des jeunes high school in Vaudreuil-Dorion is the son of former Quebec EnduroCross champion Michel Metcalfe. Moreover, it was the father who passed on his passion to his sons.

“At home, motocross has been our life for several generations, said the teenager’s mother, Mélanie Lavigne-Betchel. We are very proud of Sky. He is the youngest runner sponsored in Canada by Sherco. He and his 11-year-old brother Chase, who is the Pee Wee A’s provincial EnduroCross champion, have it in their blood. It smelled like
2 stroke gas even in my stomach.”

Even though he no longer competes, Sky’s father is still close to his former rivals. One of them is Sherco Canada President Guy Giroux. “They are good friends today. Michel approached Guy with the idea, and Guy, knowing Michel very well, told us that if Sky is as hard headed as his father, he will be fierce in the sport.”

Obviously, when you can count on the advice of a former champion, it helps a lot. Sky assures us that this is the case. “My dad gives me good advice, he says. I’m still not as fast as him, but it is coming. Now I catch up with him on the track. With my new Sherco bike, I think I’ll get ahead of him.”

The day Sky gets ahead of his father, it won’t be a surprise in the EnduroCross world. “Friends my dad competed with often tell me that I was faster than him when he was my age. I train really hard every day. Since it’s impossible to practice motocross in winter in Quebec, we go to Florida with the family and we bring our motorcycles. It gives us the opportunity to train. To give you an idea, in 3 years on the circuit, I have accumulated 400 hours on my bike. That’s alot.”

The passion for motorcycles is very real with Sky Metcalfe. As a carpet of snow and ice covers the Quebec soil for several months, the secondary 3 student found a way to stay active. You have to understand that due to the pandemic it is impossible to cross the border. “This winter I went snowbiking. It’s similar to a motocross, but the rear wheel is replaced by a snowmobile track and the front wheel by a ski. I also had the chance to get on my bike as we installed studs on the tires.” 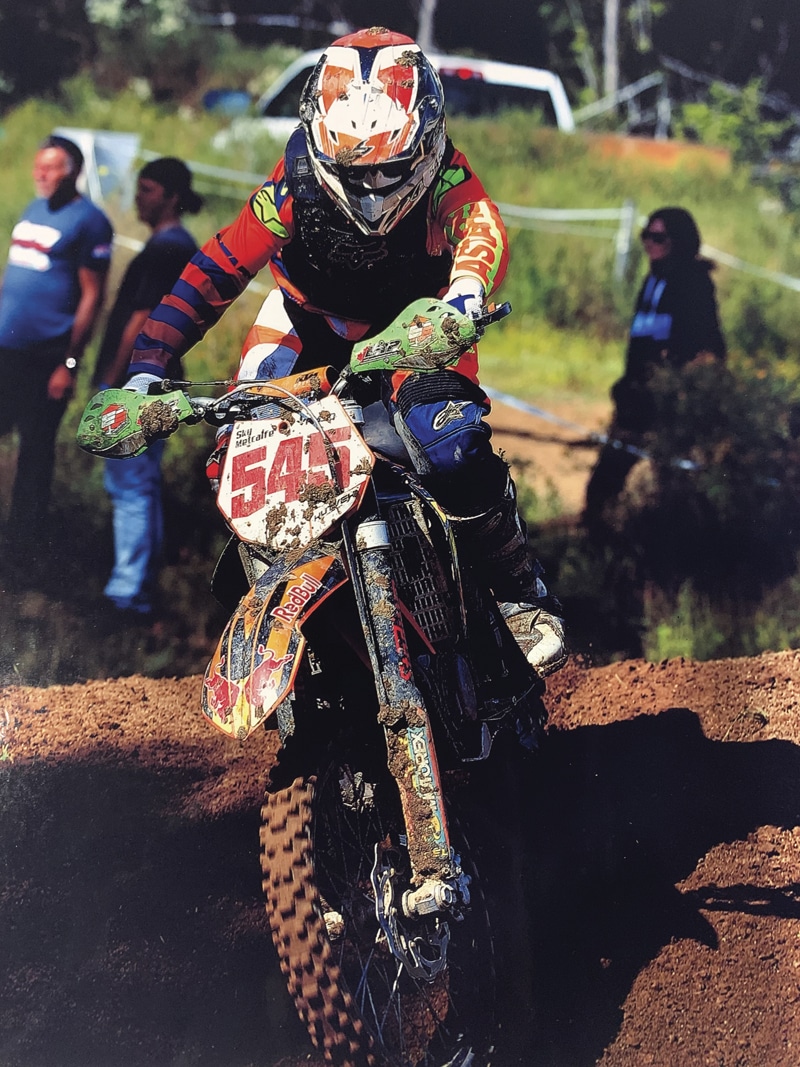 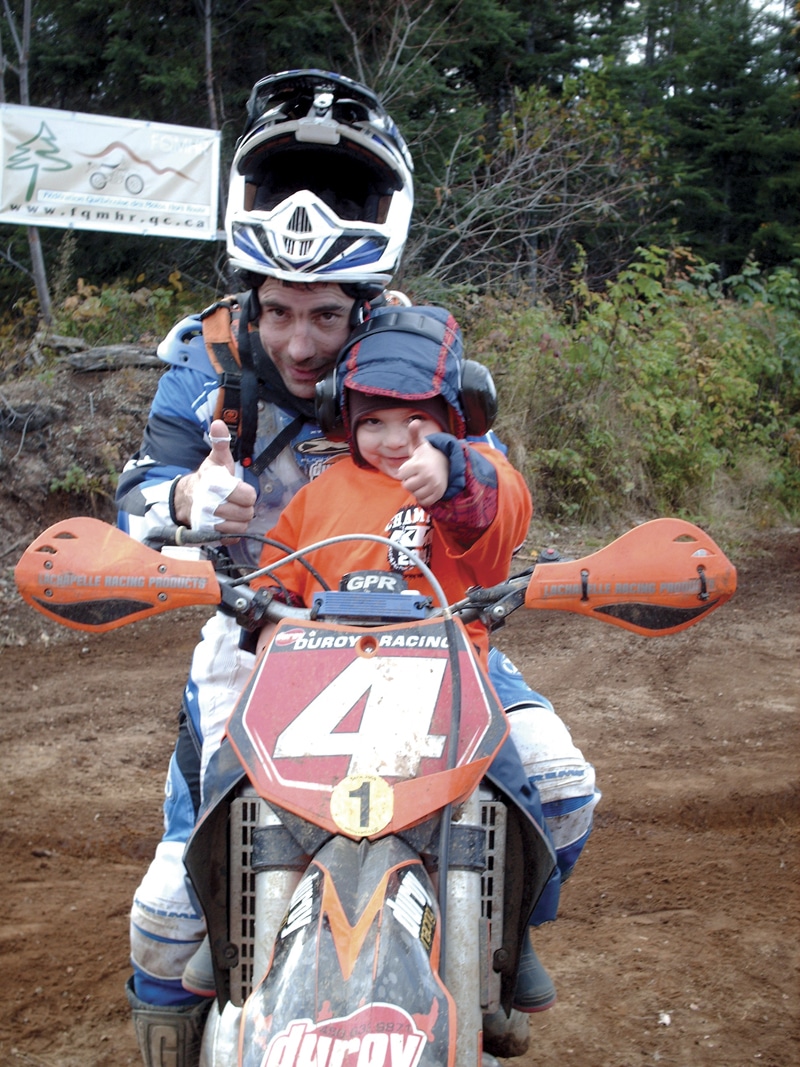 Injuries are common in the world of extreme sports. Few of those who practice this kind of discipline can say that they have never suffered an injury. Sky Metcalfe is no exception. “It’s not always easy for my parents. I had a back injury and had seven concussions. Last time I was 9 hours in the hospital. I remember trying to jump, but I was going way too fast. I landed on the flat rather than where I was supposed to land. It’s obvious that my parents are sometimes worried, but I can’t even imagine stopping.”

Asked about this more dramatic aspect of the sport, Sky’s mother explains that it is extremely difficult for a parent’s heart, but she believes children should be encouraged to be passionate no matter what the risk. “Whether it’s snowboarding, hockey, football or soccer, the risks are always present. With us, motocross has been our life, for several generations. The Sky is the limit. Chase your dreams.” 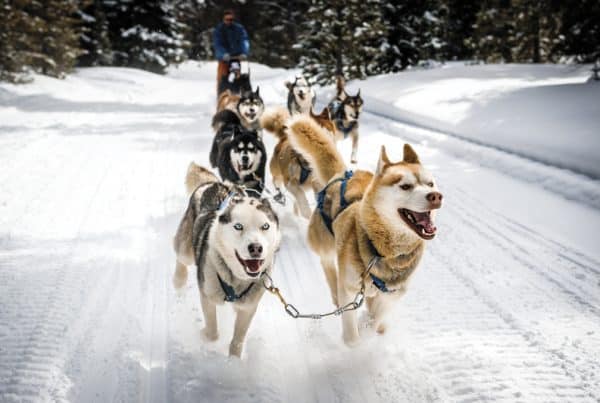 Winter activities to discover in the region 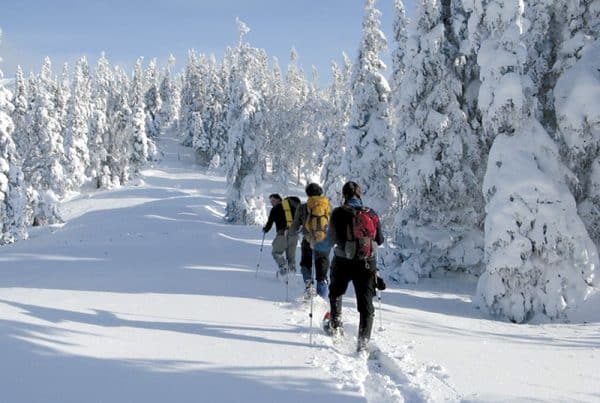 Many winter activities in Vaudreuil-Soulanges 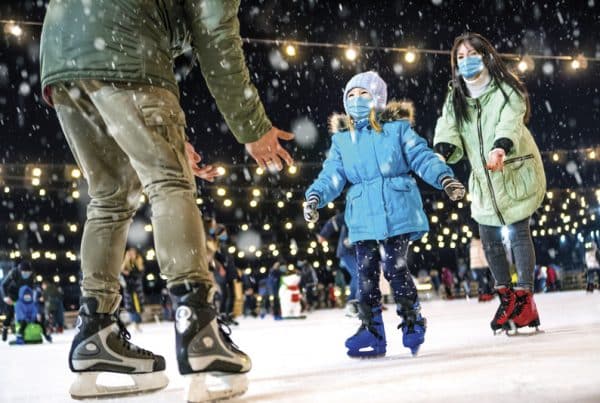