To mark the start of the Covid-19 pandemic, MPs Marie-Claude Nichols, from the Liberal Party of Quebec from the riding of Vaudreuil, and Claude DeBellefeuille, from the Bloc Québécois de Salaberry-Suroît, shared their vision on the management of the pandemic at the provincial and federal level. 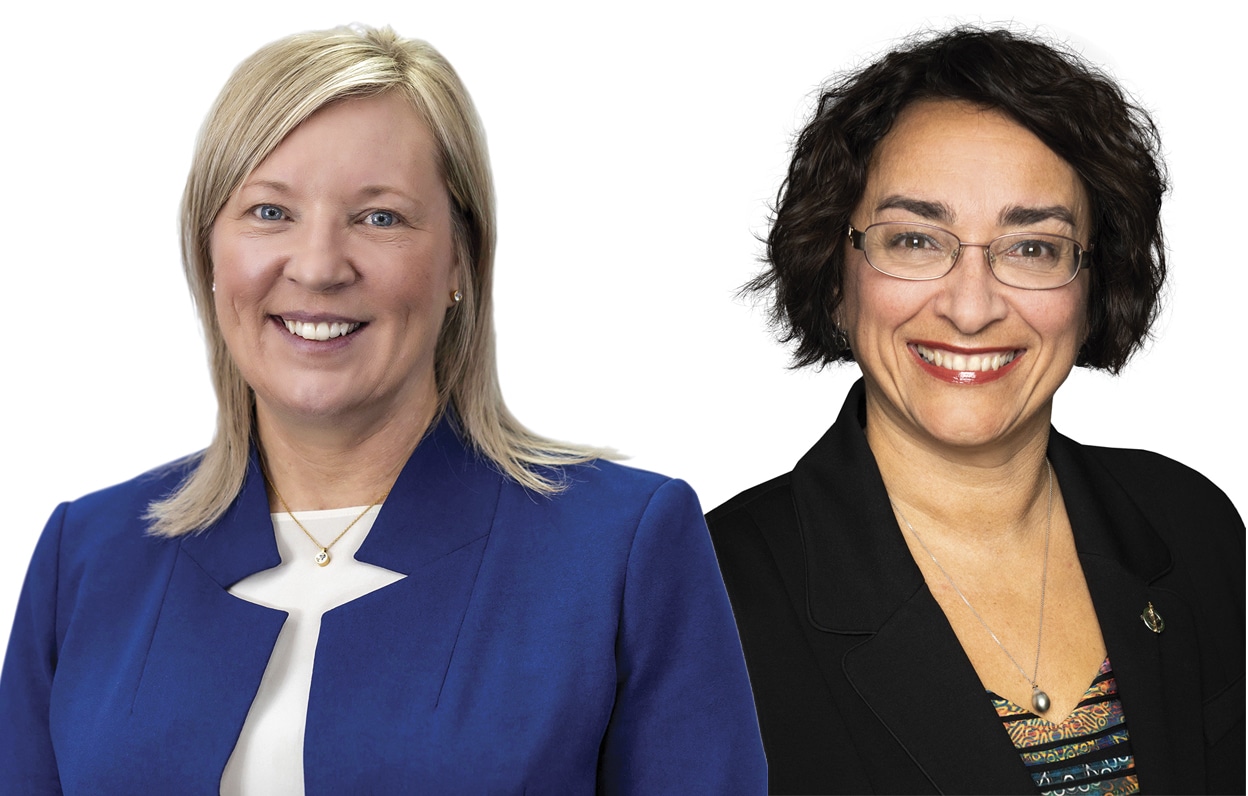 For Marie-Claude Nichols, the management of the pandemic began with good intentions, but politics quickly took over. She explains that at the beginning, the virus struck hard in the CHSLDs and that the government had to act quickly in order to reduce the number of deaths. The opposition has acted as a conduit between lockdown issues and the government. She adds that her party acted in this way given the health context.

“The opposition parties have put partisanship aside for a while to help the government and the people through this crisis, she says. At the start of the pandemic, we saw the government adjust and listen to everyone.”

She gives the example of funeral homes that were not considered an essential service in the first version of the lockdown. She reported it to the government, which corrected the situation.

For her part, Claude DeBellefeuille believes that federal deputies were all surprised by the extent of the crisis. Changes had to be made in society and the government acted quickly with the help of the opposition parties. According to the member for Salaberry-Suroît, her riding office has become a help center for citizens and a barometer of government programs.

“When the government brought in the commercial housing benefit, people would call us and not understand the forms, she says. We pressured the government into adjusting the program.”

What concerns the two MPs is the gradual lack of collaboration between the opposition parties and those in power. The more time goes by, the more governments are less and less receptive to criticism.

The member for Vaudreuil says that Quebec has been acting by decree since the start of the pandemic. She does not understand why it still uses this governance model.

“Usually, a state of emergency that gives the government the right to rule by order in council is renewable every 10 days, says Mrs. Nichols. However, for a few months it has not been renewed. The state of health emergency is still in place.”

What frustrates Mrs. Nichols is the government’s inconsistency in action. She gives as an example the curfew.

“The Legault government said the curfew was put in place to shake things up and show that the pandemic was not over, she said. However, this measure no longer holds. It’s been going on for too long and people respect it less and less.”

Claude DeBellefeuille is very surprised at the attitude of the federal government. She does not understand why it is so slow to react despite the demands of the parties.
“We have been warning the Trudeau government since the fall that it should better manage its borders, she exclaims. It took a long time to react without any explanation.”

Some positive in the region

“This meeting is to improve coordination in our region, says Mrs. Nichols. Everyone works in the same direction and we forget about partisanship.”

“With every negative, there is always a positive and these weekly meetings are a good example, concludes Mrs. DeBellefeuille. The pandemic has encouraged the mobilization of elected officials from all political backgrounds to work to put forward concrete actions for the population of Vaudreuil-Soulanges.”