This week, VIVA MÉDIA had the pleasure of meeting with the MNA for Soulanges, Marilyne Picard. The pandemic, her achievements and her apprenticeship as a Member of Parliament were discussed during this interview.

The CAQ Member had a very special role at the start of the Covid-19 pandemic. Already serving as Parliamentary Assistant to then-Minister of Health and Social Services Danielle McCann, she became the direct link between fellow Members and the Minister. In other words, Mrs. Picard received comments and concerns from Members of Parliament regarding the pandemic. She then had to follow up to get the information forwarded to the Minister of Health and Social Services.

“It was a bit crazy the first few weeks of Covid-19, especially with my new responsibilities, says Marilyne Picard. I received hundreds of emails a day from several Members. My duty was to make all the information intelligible for Mrs. McCann.”

MP Picard also mentions that her team did an exemplary job. The team worked 7 days a week and over 12 hours a day during the first lockdown. The CAQ member confides that she had a duty to communicate the most precise information, but also the clearest possible. Mrs. Picard says her greatest job has been to carry the government’s message and be able to answer citizens’ questions afterwards. 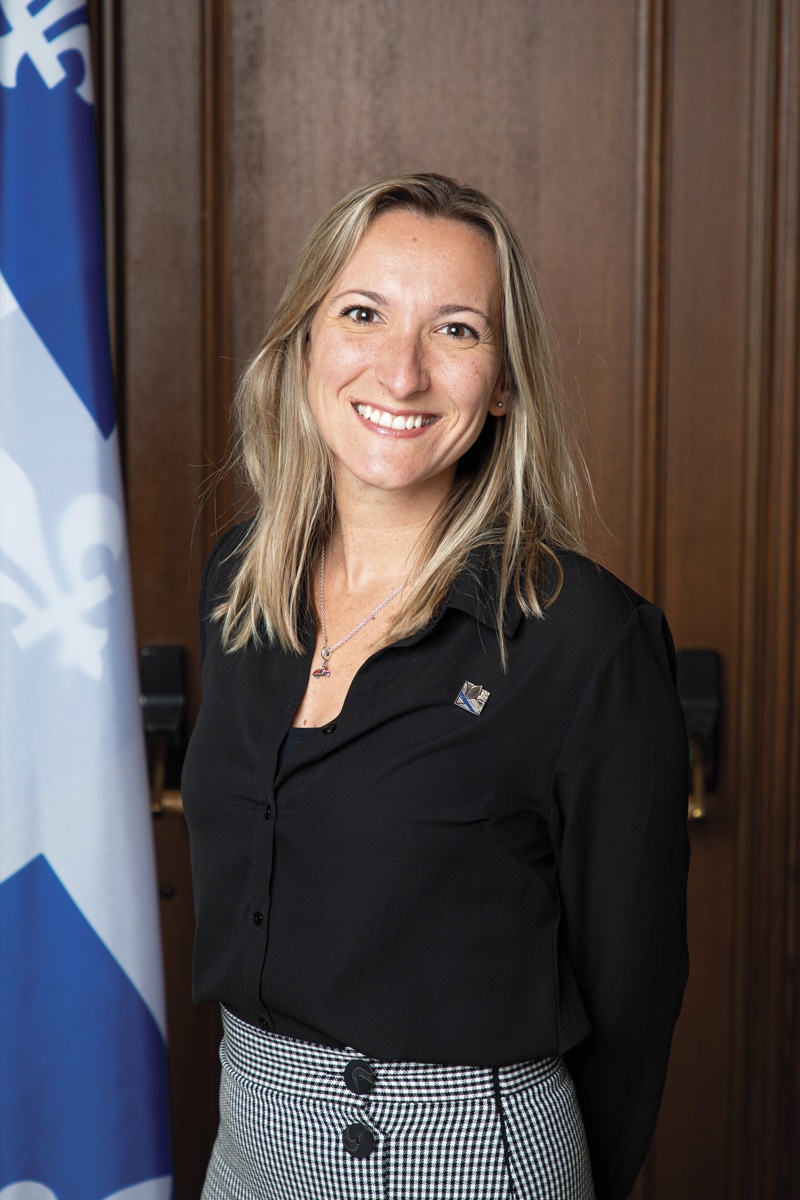 Photo Constituency Office of the MP for Soulanges

Communication with other levels of government was beneficial in getting through the first wave, explains the MNA for Soulanges. She gives the example of the mayors of the region whom she called every two weeks. During these calls, the urgent needs of municipalities were discussed.

“With the arrival of summer, the mayors asked for money to hold their respective day camps, she says. I passed the information on to Andrée Laforêt, the Minister of Municipal Affairs and Housing, who announced grants for the cities shortly after. It required a lot of coordination.”

After two years in office as MP for Soulanges, Marilyne Picard says she is proud of her achievements in the field.

One of the first projects she worked on was electricity in Rivière-Beaudette and Saint-Polycarpe. Both municipalities had major problems with this service. Several outages were observed all over the territory. With the help of Hydro-Québec, the member moved the project forward and the Saint-Polycarpe power station is currently being renovated. The problems of power outages should disappear with the finalization of this project, according to the MNA.

The 2019 floods also filled her daily life for months. She says her priority during the floods was for people to be safe and for those affected to move on quickly.

“When I arrived in 2018, there were cases from the 2017 floods that had not yet been completed, she says. I quickly completed them so that during the 2019 floods, I had the ability to deal with current cases. To date, almost all of the cases have been finalized. There are only a few complaints left with adjustments to be made.”

A survival guide for MNA’s

Being a newcomer to the world of politics, the question of learning the profession of MNA was discussed.

She mentions that before entering politics, she contacted Marguerite Blais who is now the Minister responsible for Seniors and Informal Caregivers. Mrs. Blais quoted a phrase that prompted her to take the plunge: “Politics is the place to change things.”

The MP for Soulanges said that after being elected, she attended training offered by the human resources of the National Assembly of Québec. In these meetings, it was about the rules of proper functioning of parliament. Whether it’s question period, parliamentary committees or sessions at the “Salon Bleu”, everything is explained to newcomers.

While these trainings are relevant for learning the basics, Mrs. Picard believes that the majority of learning takes place in the moment.

“You really learn on the job, says the MNA. We must remember the names of all our colleagues and where they come from. In addition to all this, you have to sit on parliamentary committees and it can be confusing the first time.”

Prime Minister François Legault recently made statements about ridings that might be in danger. Soulanges was mentioned among these.

Asked about these statements, MNA Picard was not surprised by her leader’s comments.

“It was a Liberal riding for over 40 years, she says. I am aware that the fight in my riding will always be close between the CAQ and the Liberals. I keep doing my job and I do not concern myself with it. People will see my track record after my four years and they can judge then.”