With the holidays soon approaching, VIVA MÉDIA met with the MP for Beauharnois as part of the elected officials’ tour and to review this unusual past year. 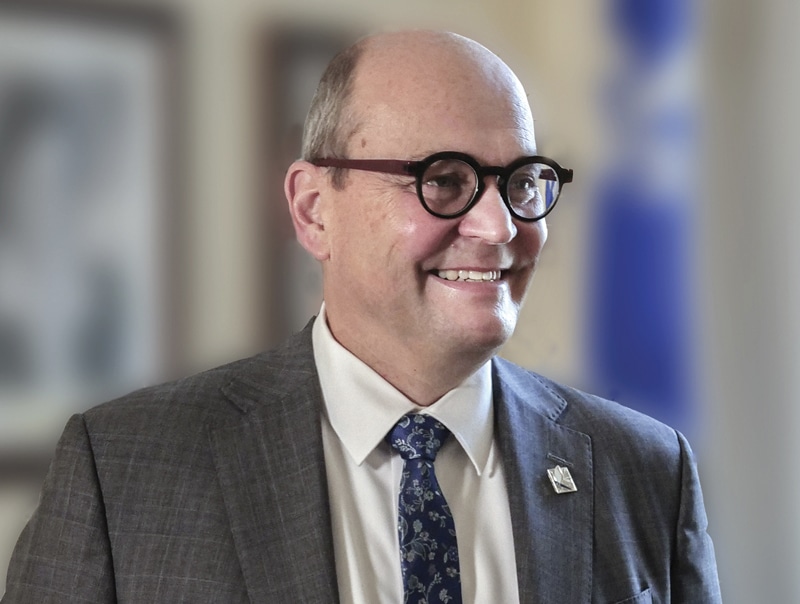 (Photo Office of the member for Beauharnois)

Claude Reid acted like his fellow MPs; he has become the heart of communication between the government and the population. He says that from day one of the pandemic, his county office went into action mode.

“My employees wanted to continue being face-to-face in the office,” explains the deputy. After checking with public health and making some modifications, the
county office became a safe work environment. By all being in the same place, we coordinated information better.”

Mr. Reid says he has helped several companies, especially at the beginning of the first lockdown in March. He mentions the company AstenJohnson as an example, which is located in the Bellerive district of Salaberry-de-Valleyfield. There was uncertainty regarding the opening of the business. The MP for Beauharnois explains that he contacted the company and discovered that it made, among other things, fabrics used in the making of masks. After a few calls from the elected official to the government and public health, the company was given the green light to resume operations.

“That is our purpose, exclaims Claude Reid. The MPs have become the reference for all questions about Covid-19. Our government has even set up a system where all information on Covid-19 is centralized. I have a direct line with public health workers who respond quickly and professionally to questions from citizens.”

The pressure of the pandemic and the endless stream of questions has taken a toll on his staff. The CAQ member therefore set up debriefing meetings so that his employees could ventilate and talk about their concerns. With the employees all in the office, communication during these meetings was easy and issues were resolved quickly.

Claude Reid is very proud of the coordination work his team did to allow people in the region to have disinfectants during the first wave.

He explains that the Distillerie 3 Lacs had a plan to make hand sanitizer, but it didn’t have all the ingredients to make it. With the collaboration of General Dynamics and Diageo, the deputy succeeded in getting all the components necessary for the preparation of the hydroalcoholic gel.

“What I’m most proud of about this project is that all of the gel that was produced by the Distillerie 3 Lacs was used in our region, says Mr. Reid. The Hôpital du
Suroît and several other health establishments have received it.”

Another major project for the CAQ member is the expansion of the Port of Valleyfield. Mr. Reid says this port is very important to the region and money had to be invested to keep it competitive with others. This is a major investment from the three levels of government of $ 36 million that has been allocated to the port, he explains.

“The logistical and economic importance of these port facilities are important for the region, he says. The development of our Beauharnois-Salaberry depends greatly on the port.”

Access to quick funds during the pandemic is also a great achievement, still according to Claude Reid. He explains that community organizations in the region were often short of resources to help people in psychological distress. So the government deposited the promised mental health money directly into the county office accounts. It was up to them to transfer the money to the organizations afterwards, he says.

Claude Reid has always been fond of politics. As soon as he entered the Cégep de Valleyfield, he took an interest in it. It was a professor who pushed him to continue and to do a bachelor’s degree in political science at the University of Montreal.

He mentions that his first experiences in active politics were with the Progressive Conservative MP for the region at the time, Jean-Guy Hudon. It was then, he said, that he learned about politics and its inner workings.

Mr. Reid, underlines that his arrival as a candidate for the CAQ, is a combination of circumstances. He has friends who have revolved around the party for years, so he decided to go for it.

“In politics, everything is a question of timing, says the deputy. When you see a window of opportunity open like it did for me in 2018, you seize it.”