On February 4th , the Member of Parliament for Salaberry-Suroît Claude DeBellefeuille was live on Facebook to post messages of public interest and answer questions from citizens. 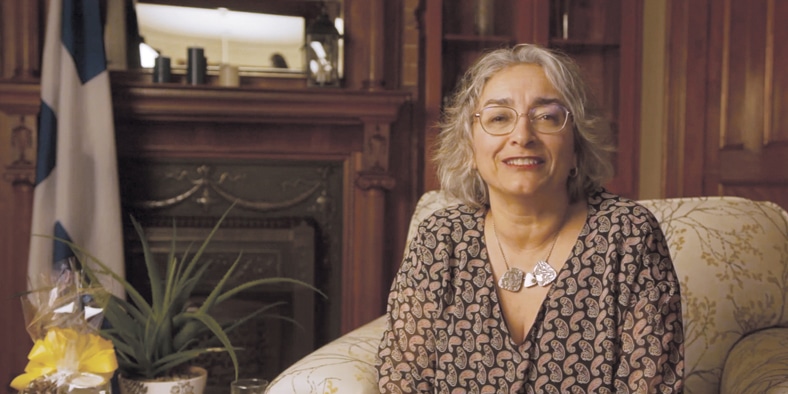 Immediately, the Member wanted to mark Suicide Prevention Day by reminding us of the various organizations and support groups that are present on the territory. She mentions Le Tournant, which is a support and guidance organization to help people who are suffering. Le Tournant has a 24/7 helpline. She also names the Pont du Suroît as well as Dalia, which are essential resources in the region.

Asked about the ban on foreign travel, Mrs. DeBellefeuille explains that the decision was taken to reduce the number of new cases as much as possible. She says one more case is one too many, so we had to give ourselves the means to make it happen. The federal deputy reminds us that the watchword of this pandemic is to reduce its movements and contacts as much as possible.

“I believe that this decision is essential to enable us to stem the crisis caused by Covid-19, says Mrs. DeBellefeuille. We want to protect our most vulnerable and it is worth to refrain from non-essential travel.”

The MP took advantage of a question from the audience on how a work week unfolds to talk a little about her work as an officer of the House of Commons in Ottawa. Claude DeBellefeuille is whip for the Bloc Québécois and that implies additional responsibilities. She explains that her position as whip takes her to prepare for the question period with the leader, in addition to opening the House of Commons in the morning.

MP DeBellefeuille says she is affected by the issue of high speed internet. Living in the countryside, she does not have access to it. She therefore understands the frustrations of citizens who live with this problem. It represents the lack of political will of the governments in place to prioritize the issue.

“To summarize the situation, there are subsidy programs for telecommunications companies at the provincial and federal levels, says Mrs. DeBellefeuille. However, the programs are not coordinated which means that it is downright the Wild West in Internet coverage in rural areas in Quebec.”

A question from the public on the management of the pandemic allowed the member for Salaberry-Suroît to take a look at the past 11 months. She said that during the first wave the Trudeau government was very attentive to the demands of the opposition parties. However, since the fall, she has found that the government is going at it alone. She hopes for a return in collaboration of the minority government in this context.