By Steve Sauvé18 August 2021 No Comments

It is no secret, since the subject was on everyone’s lips, Canadians are being called to the polls on September 20th th. This was confirmed by outgoing Prime Minister Justin Trudeau on Sunday, August 15th .

Mr. Trudeau talks about a necessary election to fight for a safe and healthy Canada. For him, his party’s priorities will focus on creating housing, protecting the environment while growing the economy.

Surprisingly, Mr. Trudeau’s speech last May was that Canadians do not want an election until this pandemic is over. However, recent polls suggest that the ruling party may have the wind in its sails. Before the campaign started, the Liberals had a 5% lead in voting intentions and the government satisfaction rate was 45%.

Opposition parties were not necessarily inclined to hold a poll. Taking the podium, the Prime Minister of Canada asked other political leaders why they would refuse to give the floor to voters. In the Suroît, the candidates for the Liberal Party of Canada are, Linda Gallant in Salaberry-Suroît as well as Peter Schiefke in Vaudreuil-Soulanges.

The reactions of the main federal political parties were not kind to the point of the election call. On the side of the Bloc Québécois, the leader, Yves-François Blanchet, did not hesitate to say that the start of an electoral campaign in the summer season and more particularly in the midst of a pandemic shows that the leader of the Liberal Party of Canada and outgoing Prime Minister is irresponsible and that he made this decision out of greed. The Bloc leader has also outlined the fact that the Prime Minister called for a general election that he deemed to be early, as the country in plunging into a fourth wave of COVID-19.

In the Suroît, the candidates for the Bloc Québécois are, Claude DeBellefeuilles in Salaberry-Suroît and a candidate to be announced soon in Vaudreuil-Soulanges.

Conservative Party of Canada Leader Erin O’Toole says he fears all efforts by Canadians to fight Covid-19 will turn into a complete waste of time. Mr. O’Toole said the Prime Minister should not have called an election during the pandemic.

In his first press conference, Mr. O’Toole stated that the government has failed Canadians and is now asking to reward it with four more years. “Another four years of making false promises, doing the minimum and letting Canadians down”, he said.

The Conservative Party announced its five priorities: a million new jobs, new anti-corruption legislation, action for mental health, medical supplies made in Canada and a balanced budget within a decade.

In the Suroît, the candidates for the Conservative Party of Canada are, Jean Colette, in Salaberry-Suroît as well as Karen Cox in Vaudreuil-Soulanges.

As for NDP leader Jagmeet Singh, he has not been kind to the government. He says that is all about a selfish summer election.

“Justin Trudeau doesn’t want a majority so he can do more things for people. He wants a majority so that he can do even less. I am ready to fight for the working people, to force the ultra-rich and the big corporations to pay their fair share, and to build a stimulus that benefits everyone.”

According to Jagmeet Singh, Canadians already face greater challenges than ever before. Families are finding it increasingly difficult to find supportive jobs, the climate crisis is raging, housing is overpriced, and the need for senior care and mental health support is on the rise.

In Suroît, the candidates for the NPD will be announced shortly.

In the Suroît, the candidates for the Green Party of Canada are, Robin Marty in Salaberry-Suroît as well as Jennifer Kaszel in Vaudreuil-Soulanges.

It is no secret, since the subject was on everyone’s lips, Canadians are being called to the polls on September 20th . 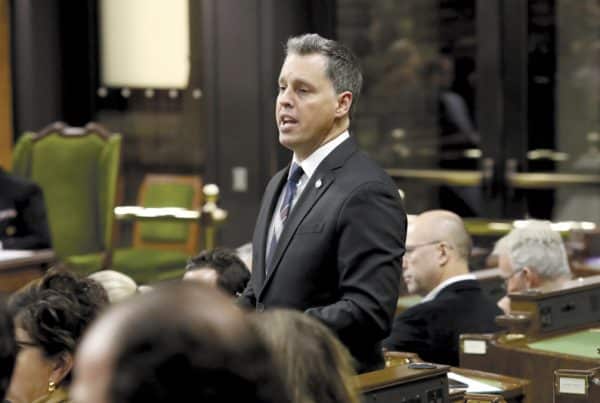