By VIVA média28 September 2021 No Comments

Ormstown set a new 54 year temperature record for the month of August. However, it has taken 48 years to exceed the previous record set in 1973.

The average temperature was 22.4 compared to: 2020—20.1 //10 year average—20.2 //50 year average—19.8 //previous warmest 1973—22.0 //coolest 1982—17.5. Burlington, Vermont reported this August was the second warmest in their 140 years of records with a temperature 0.1 degrees FARENHEIT cooler than in 2018. Rainfall was in the normal range with 90 mms. or 3.6 inches. This growing season has been marked by wide swings in temperature and precipitation which many reports attribute to climate change.

However, extreme weather events are not uncommon. Robert Sellar wrote a book “THE HISTORY of the COUNTY of HUNTINGDON”. A friend, who was rereading the book, reported to me on two exceptional weather occurrences. One was “THE DROUTH of the summer of 1813 was unparalleled. As an instance of its effects, the ENGLISH river ceased to flow and the pools became too shallow for big fish. On going to fetch a pail of water on the morning of the 26th September, Benjamin Roberts found one floundering about. He jumped into the water, caught the fish in his arms, and flung it upon the bank”.

The second story was “the years 1815 and 1816 were peculiarly trying, owing to their extraordinary coldness. In 1815 snow fell on the 14th June and the settlers planted corn in tight- buttoned overcoats. Little more of the corn matured than served for seed. The next year was worse, there being a continuance of bleak, dry weather, with steady north winds, which blasted vegetation and prevailed all summer. On the 8th June there was a fall of 6 inches of snow, followed by frost at night, and it snowed again on the 16th, while there was frost every month of the year. Corn was a complete failure and starvation stared not a few families in the face”. Can you imagine how these two rare events would be reported by the media today attempting to excite everybody about climate change. In the day of Mr. Sellar, it was reported as an uncommon weather event with no attempt to predict the future if the trend continued. Here we are 205 years later still speculating about the weather.

Surprisingly, the swings in temperature and precipitation have created excellent growing conditions for the Ormstown area with above average yield for cash crops and forages harvested so far. Farmers tend to be conservative when estimating unharvested crop yields not wanting to be disappointed nor creating the impression of boasting to a neighbour. However, at this point, I think the area will produce some record yields for grain corn and soybeans.

Heat units were 845 for the month which is 77 above normal. For the growing season beginning on May 10 the total is 2749 which is 119 above normal. September should add another 559. 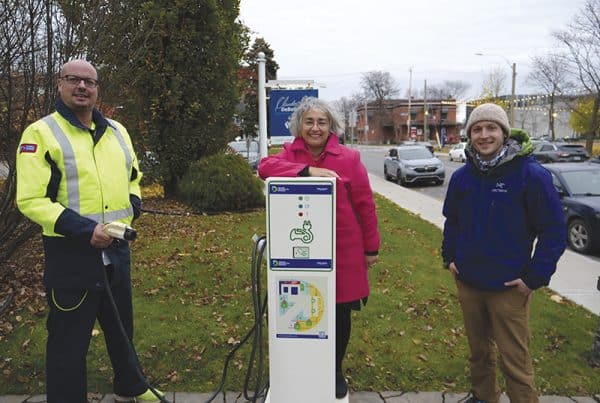