The MTQ has its annual construction site announcements

The Suroît will host several construction sites. This was announced by the Minister of Justice and Minister responsible for the Montérégie region, Simon Jolin-Barrette, on Friday, April 16th as part of a virtual press briefing serving to announce investments for the two years to ensure the maintenance and enhancement of road and maritime infrastructure in the Montérégie region. 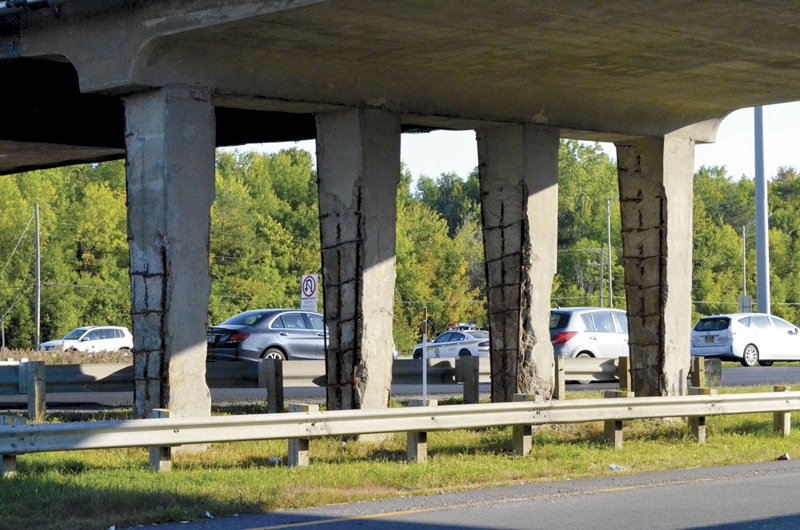 In the Vaudreuil-Soulanges RCM, 16 construction sites are expected. Vaudreuil-Dorion, Rigaud, Sainte-Marthe, Saint-Clet, Les Cèdres, Coteau-du-Lac and Saint-Zotique will see the Ministry of Transport put up construction sites there. The most significant investment will undoubtedly be the reconstruction of the chemin des Chenaux overpass, above Highway 40 in Vaudreuil-Dorion. The project is included in the category of those between $ 5 and $ 10 million.

Interestingly, work on the chemin des Chenaux overpass began in 2020 and is nearing completion.

In the Beauharnois-Salaberry RCM, five projects are expected. Two projects will take place in Beauharnois, namely the paving of route 132, between the Melocheville tunnel and the bridge of rivière St-Louis, the paving of route 205, south of highway 30 and another consists of the repair of a culvert under Route 236, in the Rang Saint-Laurent sector in Saint-Étienne-de-Beauharnois.

“The riding has a road network that is essential to our economic and social development. These investments will improve our travels, make them more efficient and safer. The amounts will be specified at the end of the preparatory phase, which will last until next year”, said Claude Reid, Member of Parliament for Beauharnois and Parliamentary Assistant to the Minister of Transport.

During the virtual meeting, it was possible to learn that the MTQ plans to install a temporary traffic light at the intersection of Blvd Mgr-Langlois and boulevards du Havre and Bord-de-l’Eau in Salaberry-de-Valleyfield, by the end of 2021. An important announcement will also take place in the coming weeks and should come into effect next July. Blvd Mgr-Langlois will become closed to heavy goods vehicles in transit. Thus, only truckers having to make a delivery will be allowed through.

Two sites will be erected in Sainte-Martine. We are talking about the reconstruction of the Pont Saint-Joseph and the stabilization of the banks of the Esturgeon River.

The whole of Suroît will host construction sites. Haut-Saint-Laurent is no exception to the rule. In Godmanchester, the MTQ will rebuild the culvert under Route 202, above Hall Creek. In Havelock, it is about the paving of Route 202 over a section of more than 5 kilometers, from Route 201 to Route 203. In Franklin, the MTQ announces the reconstruction of the Pont Sherrington on Chemin de Covey Hill, over the Rivière aux Outardes and finally, in Saint-Anicet and Sainte-Barbe, culvert repair work is on the schedule.