In the Haut-Saint-Laurent, more precisely in Saint-Anicet, stand the remains of a village, once promising of a certain prosperity. Nearly two hundred years after its founding, the village named Rivière-La Guerre in reference to François Benoît called Laguerre, a resident of Les Cèdres who was working along the river at the turn of the 19th century, arouses curiosity by its aura of mystery. 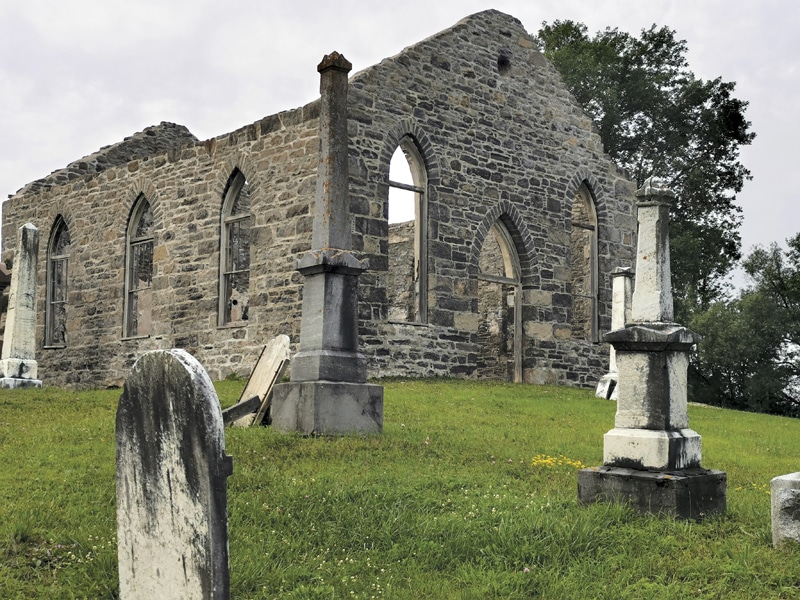 The first residents of Rivière-La Guerre began their appearance in the heart of the 1820s, the same time when businessman Alexander McBain established a lumber and ash business there. Shortly after McBain began operations, Colonel Davidson and Alexander Ogilvie of Dundee joined forces and built stores and docks. In 1827, Alexandre McBain provided the framework and timber to the settlers to build a church. The project was quickly put aside, but the site was used as a burial place as early as 1828 with the burial of resident William MacPherson.

In 1829, a school was built. The latter will welcome the children of the village until 1846. According to RootsWeb website, the residents were being supplied by Durham boats which came from the St. Lawrence River and which frequently sailed up the Rivière-La Guerre.

By 1830, the village had 82 residents affiliated with 16 families, most of whom were of Scottish, Irish and French origin. In 1847, surveyor William Barret divided the area into 144 lots.

The residents of Rivière La Guerre

The records document the presence of some residents including William Coleman, local shoemaker, as well as John Herrington, cooper. It is impossible to ignore the presence of John McDonald as he is the most important figure in the village. The man married Alexander McBain’s widow and then bought all of the local stores as well as 950 acres of land. In addition, in 1937 he built the Manoir Rosebank, which still stands out against the landscape today, on the land adjacent to the cemetery.

The construction of the church

In 1847, after 20 years of waiting, the first stone of the Presbyterian Church was laid by John Leslie. The work began with the roles executed by many families, including the Frasers, the Currie, the Brodie, the Harvey, the Fortune, the McGregor, the McEdward, the Leslie, the Grant, the Stewart and the Watson.

In 1851, the construction of the place of worship was finally completed. Also according to RootsWeb website, John Fraser of Dundee would have donated the first communion vessels. Simple purple and yellow Gothic stained glass windows then adorned the building. The church is said to have provided services in English and Gaelic. Moreover, it was with some disagreement among the members of the congregation that an organ was finally installed.

The decline of the village

Ironically, once the church is erected, the village begins its decline. According to the archives, two causes explain the sudden abandonment of the village. First, the construction of the Beauharnois dam in 1849 required in order to raise the water level of the lake. Consequently, the lower parts of the village are flooded and become swampy. Thus, some residents decide to move to neighboring villages. In addition, Durham boats are replaced by motor boats which, unlike Durham boats, cannot navigate small rivers.

As a result, the many docks built in the village become unnecessary. The residents therefore decide to leave the area, preferring to approach Lac Saint-François. Quickly, the buildings of Rivière-La Guerre were abandoned. Time and erosion have done their work, destroying homes and buildings, leaving only the Manoir Rosebank and the Presbyterian Church. In fact, church services continued sporadically until 1941. The last burial was in 1948 when Harry Stewart was buried.

The site attracts many urban explorers in search of thrills. Stories of all kinds circulate, including that of a little girl who died of tuberculosis who was allegedly buried in the basement of a house. In fact, the house in question visited by many explorers is in fact the presbytery. No trace of this story was found in the consulted archives. Chances are, this is an urban legend. In light of the research of the author of these lines, the archives of the time do not mention any tragedy that occurred on the site of the village.

The cemetery is accessible to the public during the day. According to research carried out, more than 130 people are buried there.

It is important to note that the Manoir Rosebank is located on private property and its access is prohibited. Although many people wish to visit it, it is illegal and disrespectful to enter places that are otherwise inhabited. As for the old presbytery, present in several videos and in several photographs, it seems to have been recently demolished. 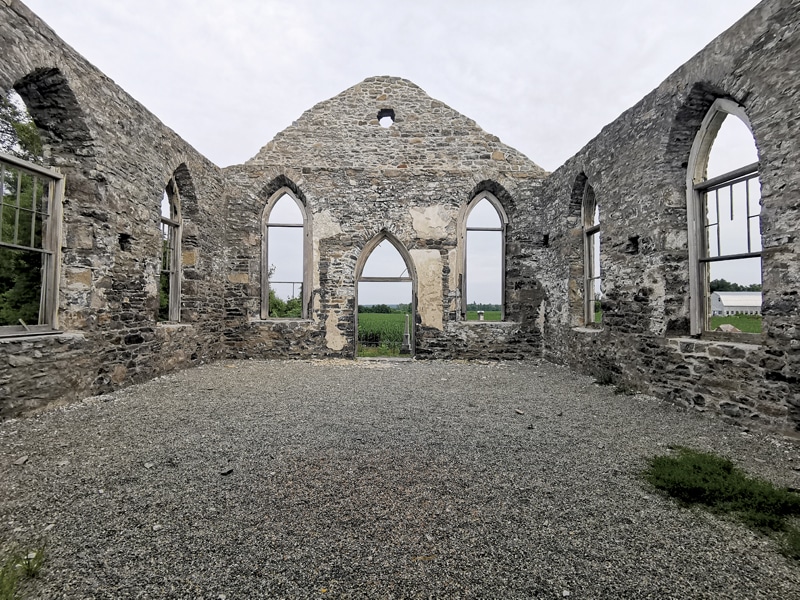 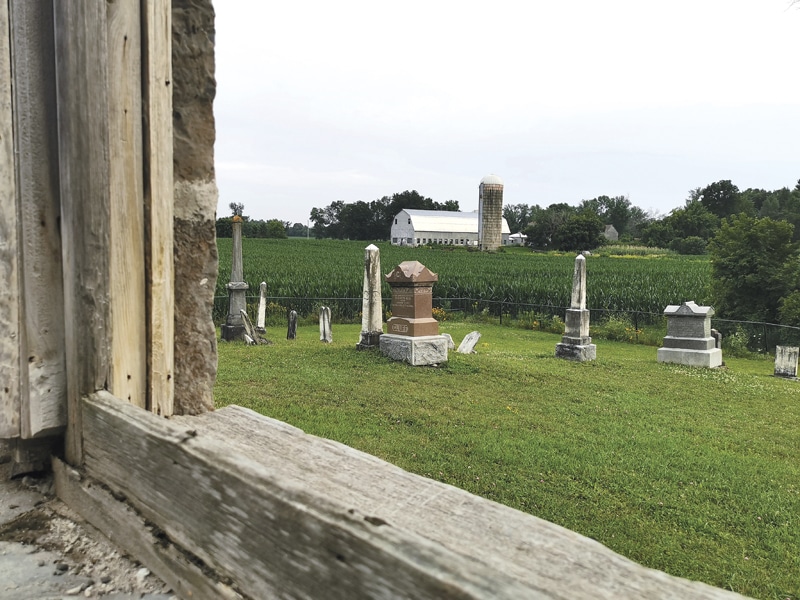 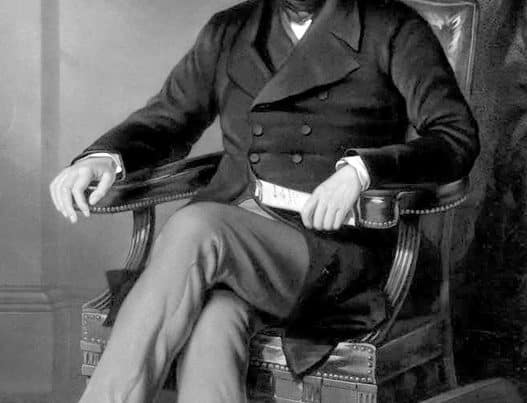 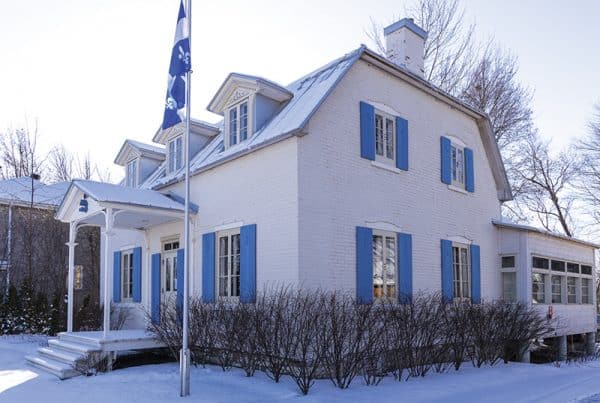 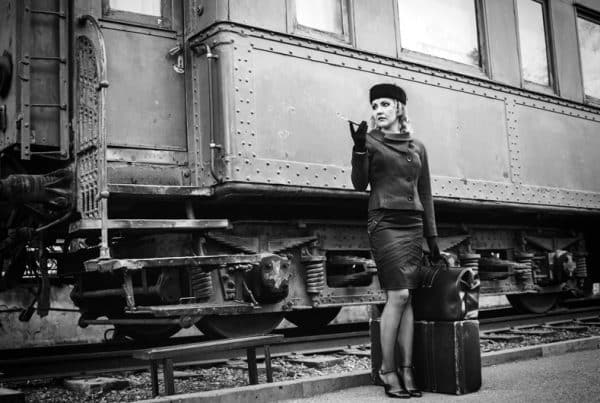