A New Year and New Start: Finding Hope with Small Acts of Kindness

By VIVA média12 January 2021 No Comments

As each year comes to a close, it is customary to look back at where we’ve been and look forward to the coming year with hope for the future. Never has that been so apparent as it was when 2020 came to an end. The year of the pandemic has been exceptionally hard for everyone. But as we look ahead, 2021 brings new hope not only because there is now a vaccine on the horizon, but also because of the small acts of kindness that have been and continue to be displayed throughout our communities.

Ancient Greek storyteller, Aesop, whose fables are considered Western civilization’s first morality tales once said, “No act of kindness, no matter how small, is ever wasted.” Although to the giver, a small act of kindness may not seem like much, to the receiver it is often something much bigger. Additionally, one act of kindness if seen by others, can often produce a ripple effect. This was demonstrated in a story shared on a community Facebook page recently by LaSalle resident, Braulio Rocha.

He described standing somewhere in the middle of a lineup of roughly 25 people in the bitter cold waiting to enter a local grocery store just before the New Year when a feeble old woman with a cane slowly approached the end of the line. Instead of letting her take a place at the end, Braulio insisted he trade places with her so she would not have to wait so long. But according to Braulio, the real miracle occurred when the people that were behind him, insisted he keep his spot in the middle and everyone in front of him moved the woman up one spot at a time so she was eventually at the front.

One woman in the line started clapping and shouted, “Omg! It’s contagious! Goodness is contagious!“. Braulio continued to describe how emotional everyone became as a result of this small kind act that rippled along and how suddenly the cold could no longer be felt. He said, “You see… A virus is contagious but so is goodness and generosity.”

There are countless similar stories to be found in our very own communities in the Montéregie West. I reached out to community members through Facebook to hear about their stories of being both the givers and recipients of acts of kindness. Here is just a bit of what they had to say:

Melissa Gentile-Menard told us about her daughter, Mia, an industrious twelve-year-old who started her own business, Mia’s Mini Masterpieces where she makes and sells Christmas ornaments, jewelry and coffee mugs from clay. Mia uses half her proceeds to buy much needed items for various homeless shelters in Montreal. 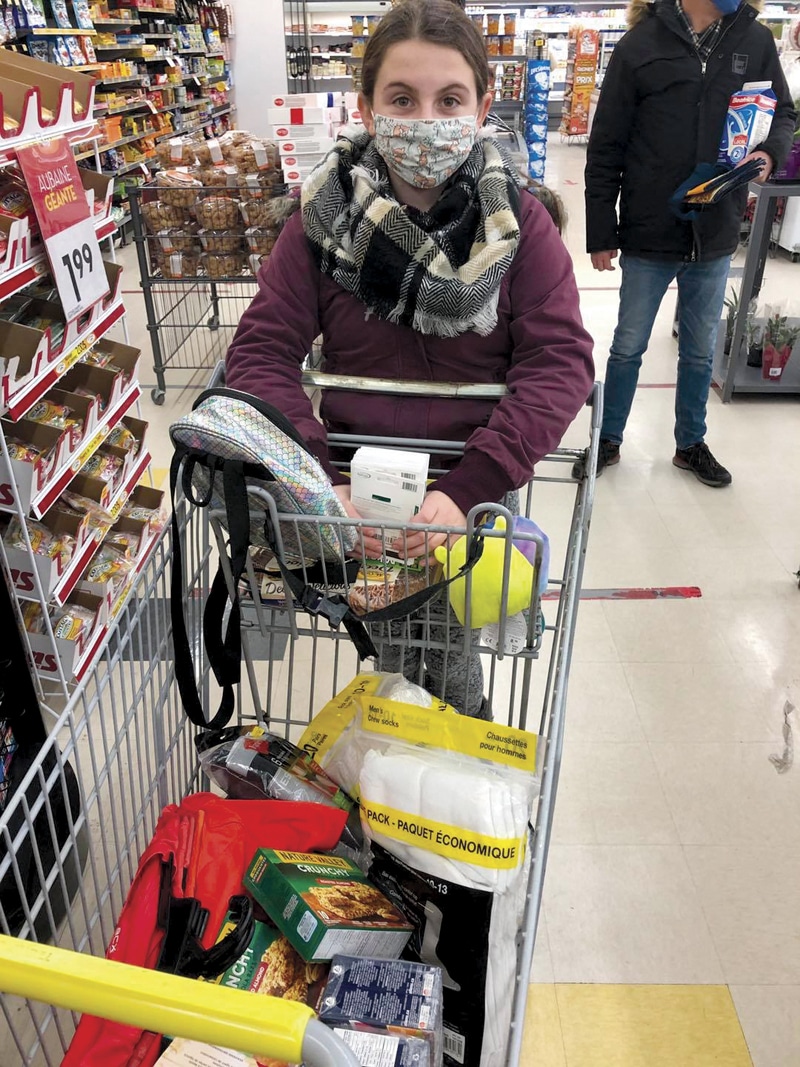 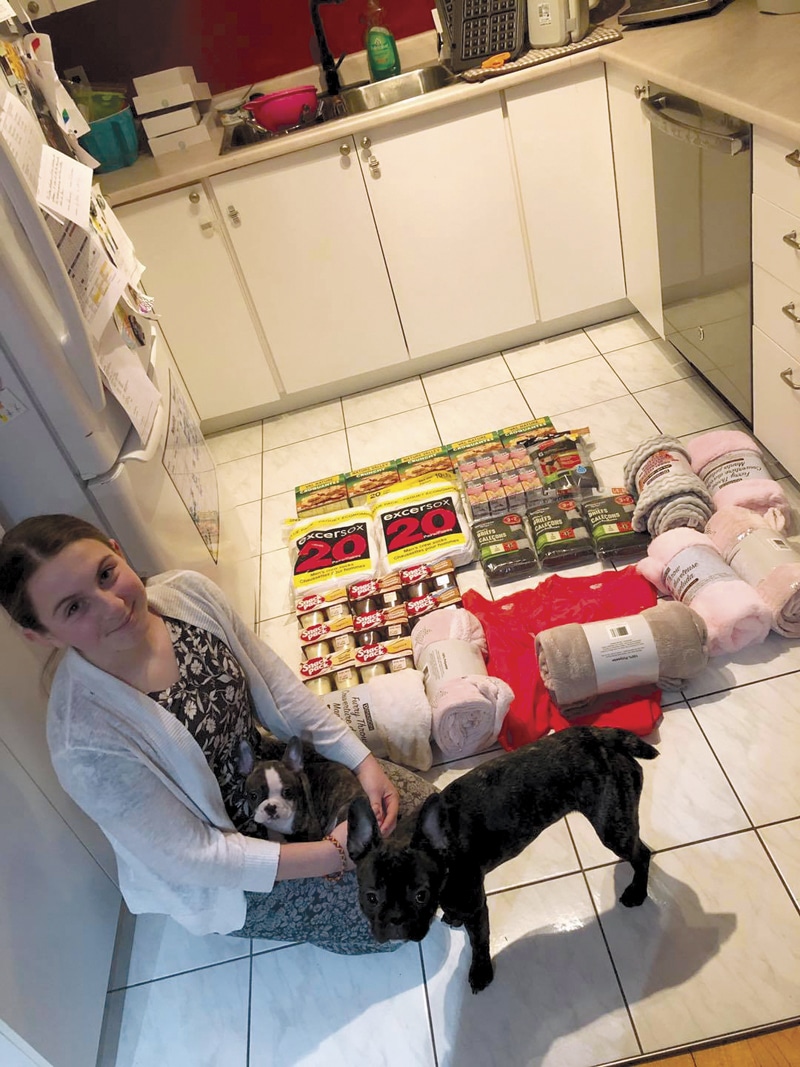 Arianna McComber told how on her way to the grocery store, she saw a man being arrested for shoplifting. She asked what he had stolen and discovered it was baby food, women’s hygiene products and some food. She promptly went into the store and bought the same items he had stolen along with a gift card for some food and gave it to police to give to the man. She said, “He cried in the back seat while saying thank you. It broke my heart I couldn’t do more.”

Finally, one person who preferred to remain anonymous recounted his story of the difficulties he faced in 2020. He and his wife both lost their employment income. Just prior to Christmas his primary heat source died, and he was unable to get the parts to repair it so they were living in the cold, his wife who had just started working as a PAB contracted Covid-19, and then their fridge which was filled with food from a food bank died. He was scrambling to hold things together and save their food while having to quarantine and keep his kids isolated from his sick wife in a cold house when he told a friend what he was going through. A few hours later his friend showed up with a brand-new fridge and told him that when he was back on his feet, he should pay it forward. A few weeks later he did just that when he reached out to a woman who posted on a community Facebook page that she needed help. Kindness really is contagious.

There were numerous other stories as well, some big and some small, but too many to recount here. MWCN publishes a monthly newsletter where we will be sharing some of those stories that show there is hope for a better world in 2021 as has been demonstrated by our community members and their many acts of kindness. Look for them in the coming months in the “Contagious Kindness Korner” of our monthly newsletter or on our website at www.mwcn.ca.

“Not all of us can do great things. But we can do small things with great love.” – Mother Teresa